Madonna turned into a brunette 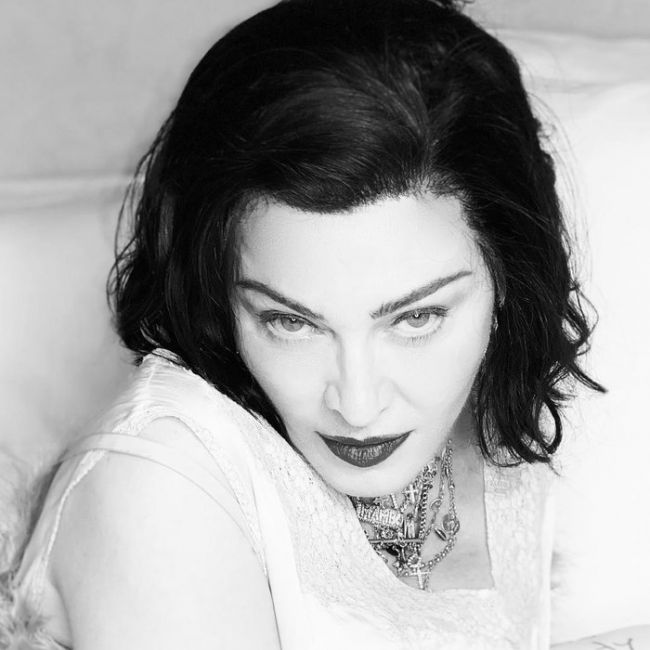 The singer did not comment on the black and white snapshot, providing him only an apple-shaped smiley. In the frame of a celebrity, slightly bowed his head, looking at the camera. Burning brunette with bright lipstick, lots of jewelry from chains with pendants - in this way Madonna appeared.

Fans suggested that an unusual photo is a kind of announcement of a new song. And although many fans are confident that the singer in a wig, still expressed enthusiasm for reasons of change.