Madonna once again experimented with the image 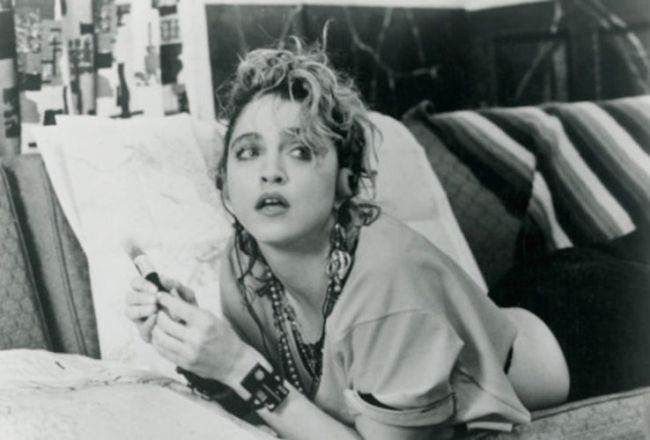 American pop diva Madonna continues to experiment with the image. Less than a month later, the star returned to blond hair again.

As you know, January 18th Madonna showed fans an unexpected photo. The star appeared in front of the camera with black wavy hair.

But the singer's fans did not have time to get used to the fact that Madonna is now an incendiary brunette, as the star again changed her hair color. The actress was noticed at the airport in New York with blond hair. The photos taken by the paparazzi immediately spread out.

For travel Madonna chose comfortable clothes. In particular, the actress appeared in front of cameras in sweatpants, a sweatshirt, a down jacket from Gucci and Dolce & Gabbana sneakers. Sunglasses and bag completed the look of Madonna. It is worth noting that such an image cost the star a tidy sum: only a branded down jacket costs about 6 thousand dollars. Fans praised the singer for courage, but asked to return to the classical image. According to most fans, white hair color suits the singer the most. Madonna replied that she appreciates the opinions of her fans and will adhere to the current possible trends.