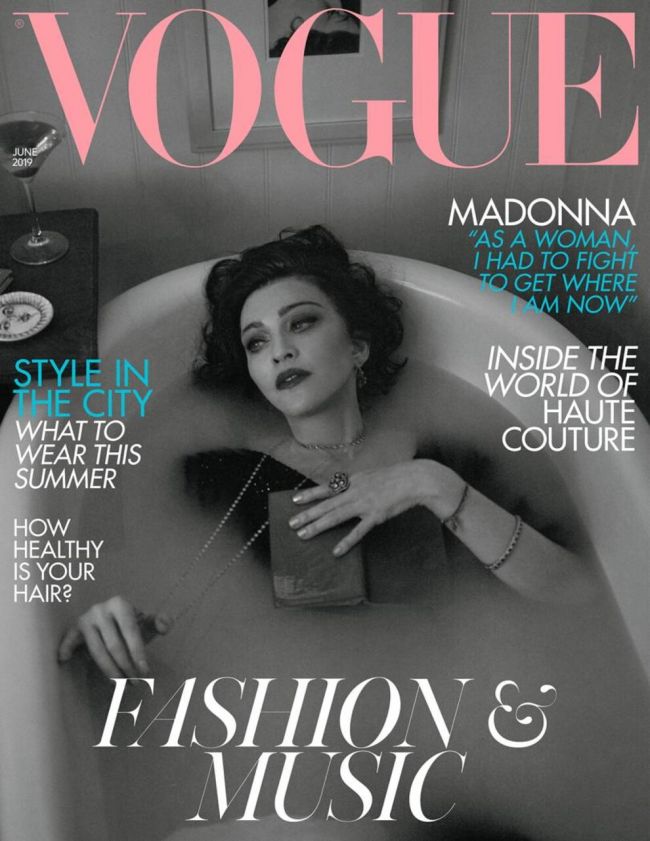 After several years of silence, Madonna returns to the stage with a new album Madame X, from which she has already presented two singles.

Madonna preparing to perform at the Eurovision as a guest star and re-decorates the covers of a most prestigious gloss. Her new work is the cover of the June issue of Vogue British, which was photographed by Mert and Marcus.

'I think it is important that we were able to show our respect for Madonna, a man who, even before the advent of social networks, used her music to talk about important things about feminism and women's empowerment, while reaching out to millions of hearts.'