Kristen Stewart chose a bustier for a walk 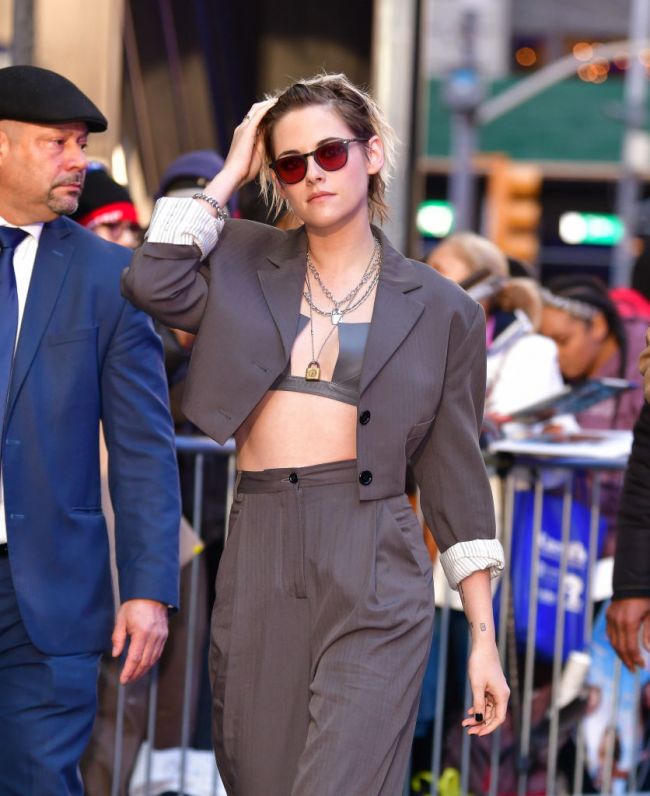 The girl, it seems, has not yet found her style. Kristen Stewart continues to experiment with his image. Fans of the actress are used to when Stuart appears in full view in sportswear, choosing the casual style and oversized clothes. However, the star, nevertheless, was able to surprise fans with her recent appearance.

Stuart was spotted on the streets of New York unusually. She was wearing a gray pantsuit and stilettos. However, there is no question of a strict and seasoned appearance.

A strict suit jacket is diluted not with a blouse or shirt, but with a bustier, matched to the trousers of two. Moreover, the upper part of the suit was open in a free demonstration of underwear.