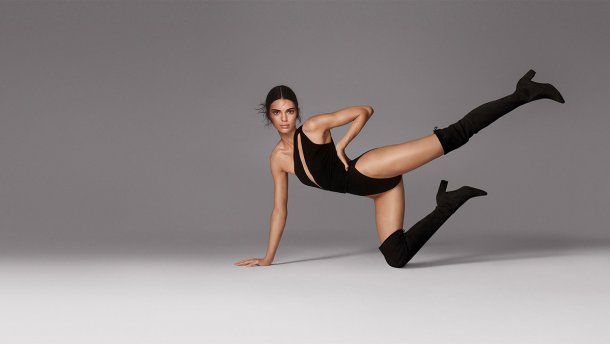 All the autumn advertising campaigns were at the epicenter of secular news because it was precise to them that all the attention of not only journalists but also buyers riveted. The exception was the Stuart Weitzman brand, which once again invited the 23-year-old Kendall Jenner to cooperate.

In front of the camera incendiary, Kendall Jenner appeared in a sexy black body and boots from Stuart Weitzman. Photographer Charlotte Wales emphasized shoes, but all fans of the brand could admire the voluptuous figure of the model. In the shoot, Kendall demonstrated flexibility and stretch that shocked everyone.