Keira Knightley is pregnant with her second child 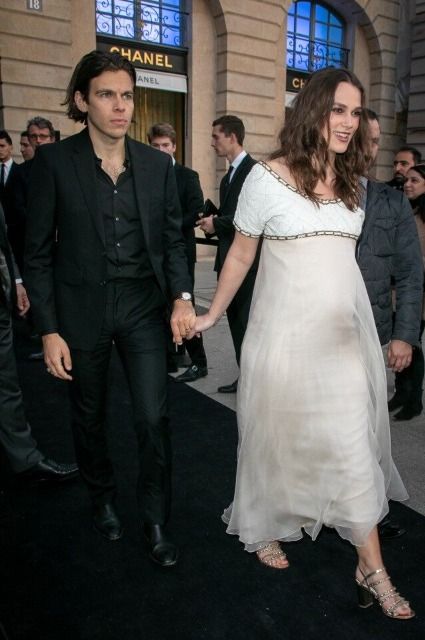 Keira Knightley, 34, and her husband, James Righton, are expecting their second child.

The other day, the actress showed a rounded belly at the Chanel J12 party in Paris. For her release, the star chose a cream-colored translucent dress and golden sandals. Keira was accompanied by her husband. They held hands as they walked along Place Vendome. Knightley glows with happiness and willingly posed for the cameras.

Recall, the couple raises daughter Eddie, who in May turns 4 years old. In February 2011, Knightley began dating musician James Righton. Keira met the keyboard player of the British band Klaxons at a party, that was organized by her friend Alexa Chang.