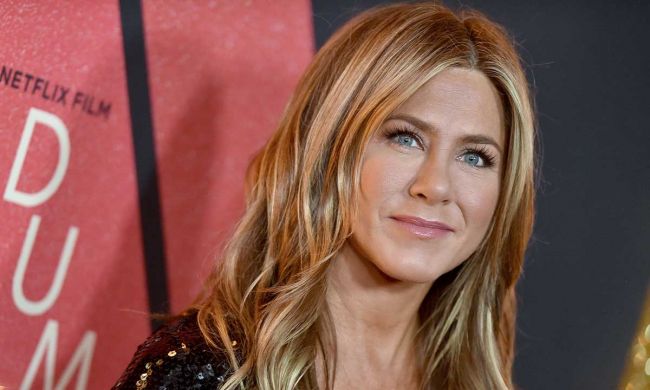 It has been 25 years since the first episode of the cult series Friends was released. Now, Rachel Green's Jennifer Aniston is back on the screen in the exciting female drama The Morning Show.

On this occasion, the 50-year-old actress starred for Australian Marie Claire and gave a great interview to the publication.

"I was incredibly lucky to be part of this. This is one of the most beautiful gems I could get," says Aniston. Recall, in the story, the main characters (Jennifer Aniston and Reese Witherspoon) will fight for a place under the sun on television after their colleague (Steve Carell) was fired due to harassment charges.

Aniston is not only played one of the leading roles in the series but also became the executive producer of the project along with Witherspoon. They began working on pilot episodes in 2016 - well before the #MeToo movement, a sex scandal involving Harvey Weinstein and the dismissal of Matt Lauer from NBC's Today for "inappropriate sexual behavior."

Reese and Jennifer fired their executive producer and invited Kerry Erin (from Friday Night Lights), who managed to rethink the whole project.

Behind the scenes, Aniston continues to enjoy life. She often has dinner with her close friends Courtney Cox and Lisa Kudrow in Los Angeles and has pool parties every week. As for her personal life, she prefers not to talk about this topic. "Maybe I'm dating someone," says Aniston.