Heidi Klum told first about the relationship with her young man 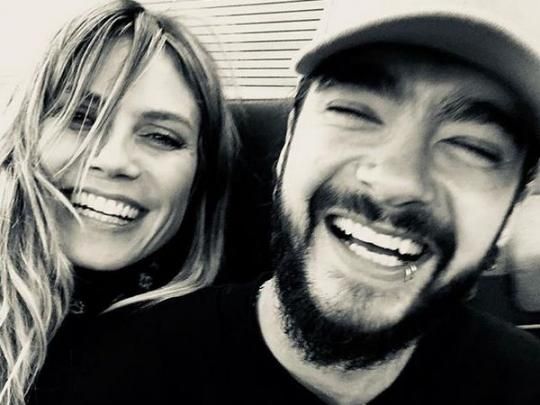 The famous German supermodel 45-year-old Heidi Klum, who was getting married for the third time, first talked about relations with her young fiancé.

Tokio Hotel's guitarist Tom Kaulitz became her favorite. After a short novel on the eve of the New Year, he presented Heidi a ring and made an offer. Happy model agreed. This is all that was known about lovers.

About the relationship with Tom and their future, Klum told on the Ellen DeGeneres show, which was recorded even before Tom made an offer. Then the supermodel admitted that she was very happy and, despite the two broken marriages, she believed in love and that she could build a happy and strong family.