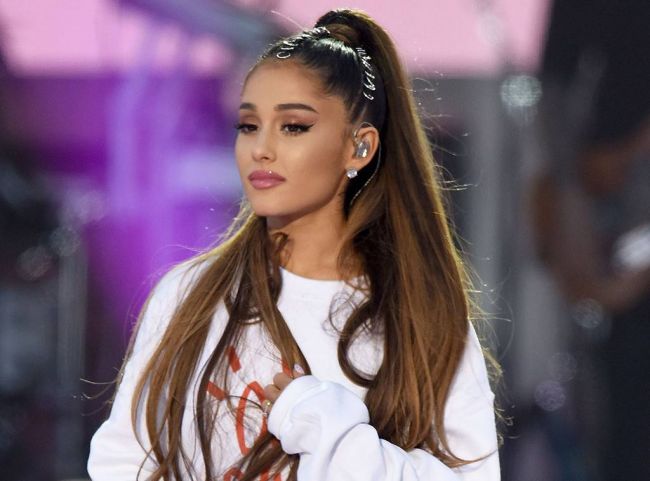 Ariana willy-nilly became the object of ridicule. Caused their next tattoo star with an error.

Recently, the singer showed on Instagram a new tattoo on her palm. The two Chinese characters were supposed to mean 'Truly, I was freed,' but Grande's Chinese fans pointed out the error. Because of her, the inscription reads differently: 'A clay stove for grilling.'

In response to comments from fans, the star wrote that the characters had to be intertwined with each other and that it was very painful when they tattooed them.

Whether the celebrity will be able to fix a failed tattoo is still unknown. 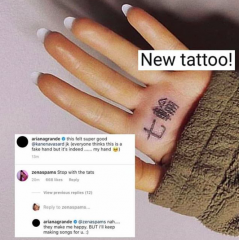