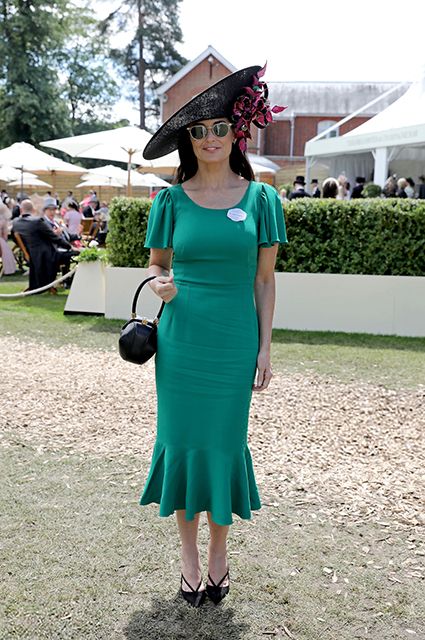 This week, the Royal Ascot 2019 races were the most prominent social events in the UK.

Almost the whole royal family watched the race on the first day, but the photographers managed to capture other celebrities near Ascot hippodrome. On the fourth day of the competition among the guests, 56-year-old Demi Moore spotted.

The American actress added a touch of Hollywood glamor to the mixed picture of Royal Ascot 2019, appearing at the races in a green dress from Dolce & Gabbana, black shoes, with a bag of Gabriela Hearst, in a hat decorated with flowers, and in sunglasses.

Moore emotionally watched the race and coquettishly posed for photographers.