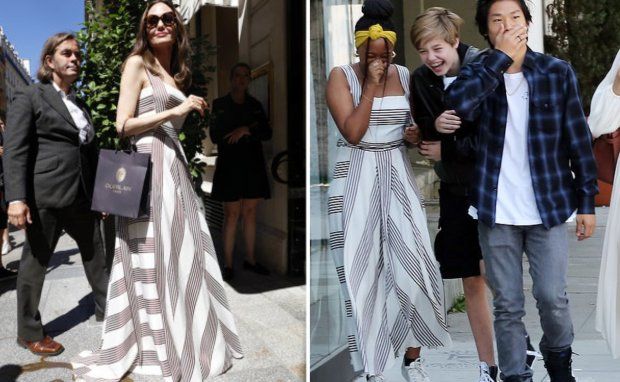 Angelina appeared herself in a spectacular light-snow-white dress tied at the waist with a brown belt and a pleated skirt.

Pax and Shiloh were dressed in a sporty style, but Zahara appeared in front of the paparazzi in her mother's dress.

Earlier, Jolie was seen in a long dress-hoodie, hiding the shape of the figure, and brown slippers. In outfits of a similar style, the 44-year-old actress has repeatedly appeared in an informal stop.