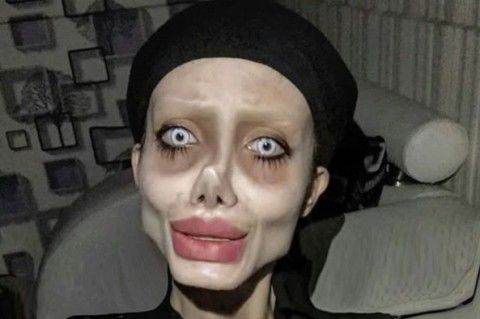 The girl is accused of blasphemy and incitement to violence, reports the Daily Mail. She became famous for her pictures on the Web, was detained after complaints about her posts on Instagram.

A decision of the Tehran court allegedly arrested Sahar Tabar. She specializes in "crimes against culture, social and moral corruption."

Sahar Tabar, a 22-year-old Iranian resident, is called the "Iranian Jolie" because of her unnatural, too thin form and distant resemblance to a Hollywood star.