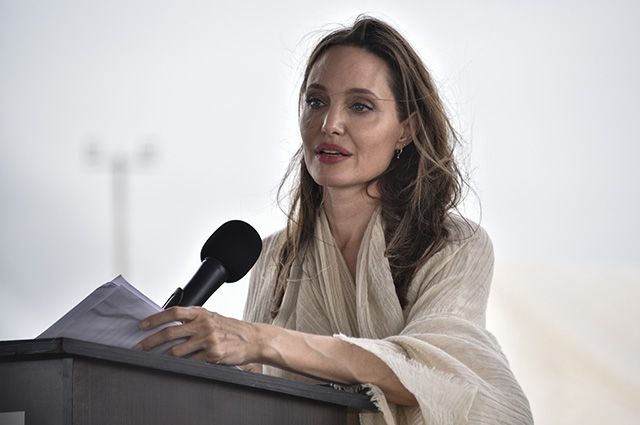 Angelina Jolie is going to sue Jennifer Aniston. According to the lawyers of the actress, Brad Pitt's first wife is indirectly to blame for the divorce of a star couple.

Jolie has new details of Pitt's relationship with Aniston against the background of the events three years ago. In particular, these are telephone conversations between two former spouses, in which they also discussed Jolie.

In addition to recording telephone conversations, there are several photos of meetings between Pitt and Aniston. Jennifer Aniston herself declined to comment on this news, and Brad Pitt waved it away, with the words "oh my God - how much you can." In the meantime, lawyers Jolie are considering the possibility of reaching an agreement in the case of "some additional payments to the victim."

Jolie herself is now trying to go out as little as possible. After a long trip to Latin America, the actress took a long pause to rest.