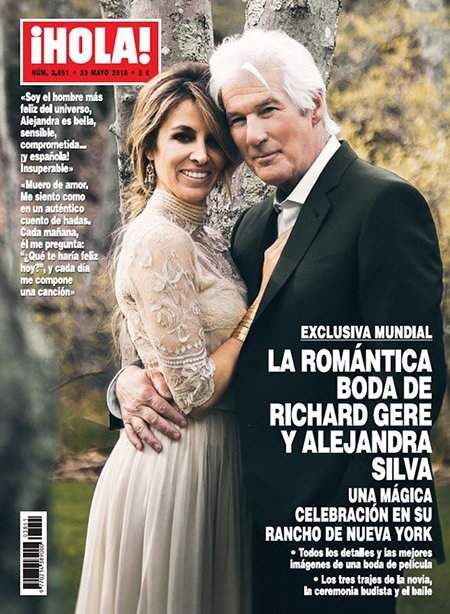 Richard Gere with his new wife decorated the cover of a glossy magazine.

Photos from the wedding couple sold to the popular magazine "HOLA!", And they together gave an interview, telling about mutual love and warm relations.

It is known that the wedding ceremony was organized on a ranch, not far from New York.

By the way, for Richard Alejandra - the third official spouse, and for Silva Gere - the second husband. From the first marriage, the young wife of Gere grows Albert's son.