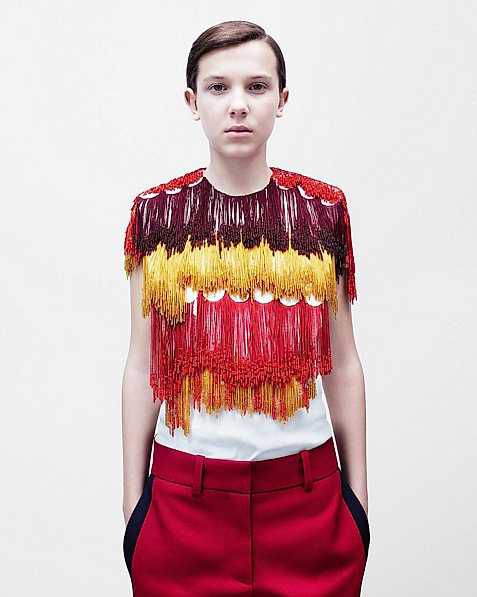 After the grouping of ASAP Mob, the singer Solange Knowles, the children of Cindy Crawford and the Kardashian family in advertising #MyCalvins appeared 14-year-old star of the series "Stranger things" Millie Bobby Brown. This moment the fans of the actress waited a very long time: Millie leaves in the brand's outfits for all the red carpet, and she never received an official offer to become an Ambassador. Together with the starlet in the campaign, starred the actress Paris Jackson and model Lulu Tenney, who constantly participates in the shows and photo shoots of the brand.

All of them were dressed in contrasting shirts and jeans from the spring-summer collection of Calvin Klein, as well as tops and T-shirts from the brand's underwear line. This is an excellent opportunity for a young star to earn good money and remind one more time about her. Recently, a young girl is gaining increasing popularity in the cinema. Participation in the series raised her to the top of her career and made one of the most recognizable young celebrities.