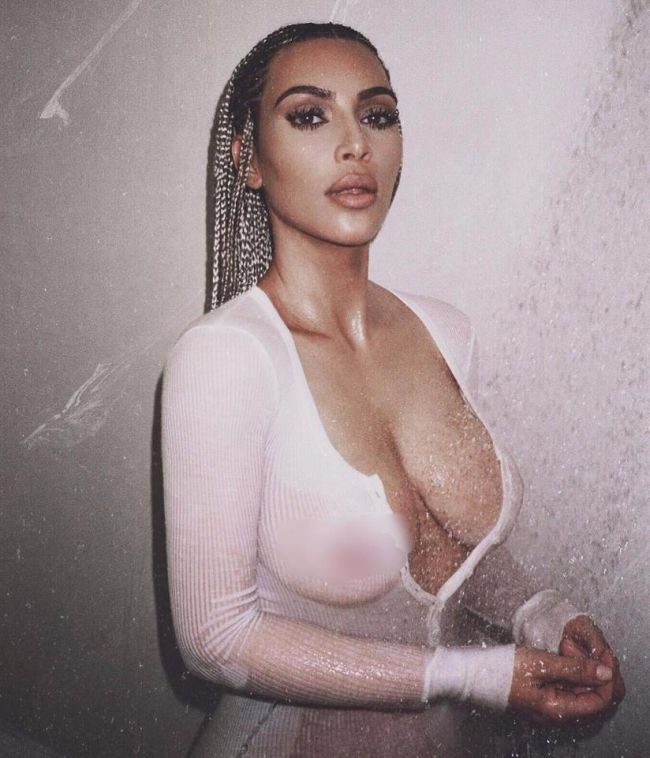 The star put up new piquant photos in Instagram. Kim Kardashian staged a whole photo session in honor of the new image.

But her hairstyle - the last thing that fans of the star drew attention to, because on six new photos the TV star poses on the bed, half-naked. The socialite appeared before the subscribers in thongs, a white blouse on her naked body and a black fur coat.

On one of the photos Kardashian covered one breast with a fur coat, the other in a photo editor put a semitransparent filter - however, the subscribers to Instagram did not appreciate such an act of the star: Bravo, Kim, your children will have something to show in school. Recall, previously almost naked Kim Kardashian showed Selfie in shiny panties. Recently Kardashian and Kanye West again became parents. Surrogate mother, who was carrying a baby star, gave birth on January 15. 37-year-old Kim Kardashian pleased her fans with a new candid photography. So, the other day the star published a series of semi-nude photos in Instagram. In some pictures, Kim

poses in his underwear, and on others, without him at all. In addition to her piquant figure, Kim Kardashian also boasted of a new hairdo: the star decided to make African braids. 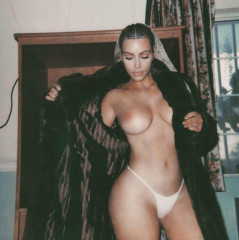 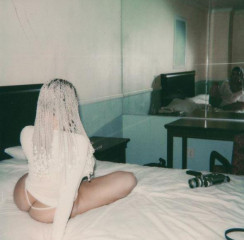