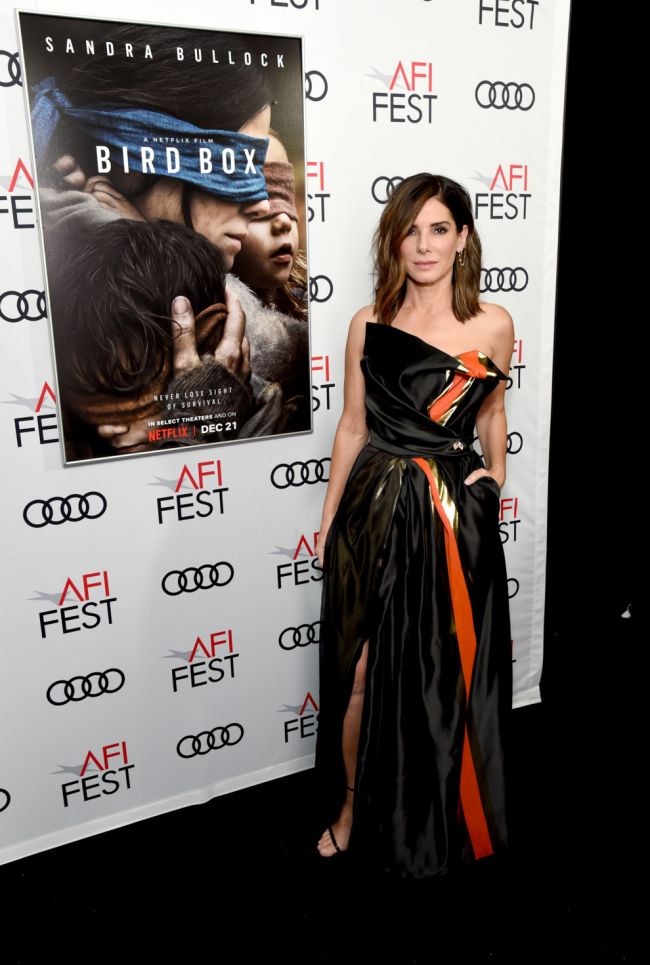 Sandra Bullock attended the AFI festival, where she presented a new film of the streaming service Netflix called 'Bird Box'.

Bullock starred in the main role, and the star team worked on the picture. The thriller director was Dane Susanna, who won an Oscar in 2011.

Also, John Malkovich and Sarah Paulson appeared in the film. For the festival, Sandra chose a dress with open shoulders Vivienne Westwood. Elizabeth Stewart became the stylist of the image.