Sandra Bullock conquered the red carpet with a luxurious dress 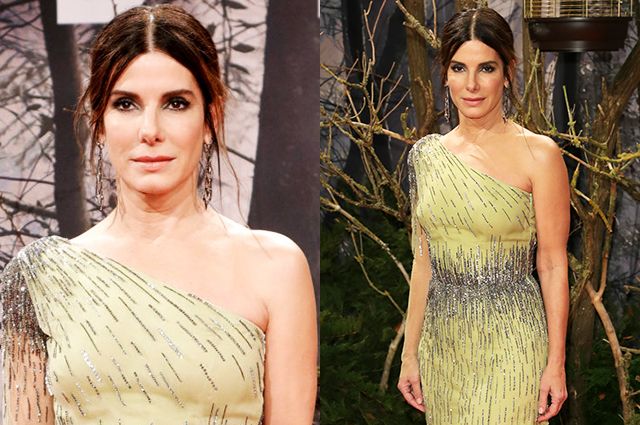 54-year-old Sandra Bullock has to regularly attend social events, because in the midst of the promotion of the new 'Bird box' film with her participation.

A couple of weeks ago, the star appeared at one film festival, and yesterday Sandra pleased the German film fans - the premiere of the new film took place in Berlin.

On the red carpet, Bullock appeared in a pale lemon-toned dress by Albert Ferretti. For the premiere, the actress chose again a dress with an interesting cut: the strap on one shoulder, sequined, looked very elegant, and the decorative trim emphasized the waistline. The dress transparent sleeve was decorated with sequins.