Salma Hayek has chained attention to the Gucci show 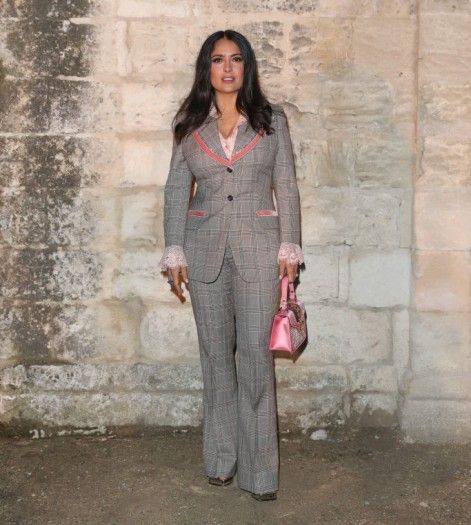 In Arles in France designer Alessandro Michele introduced the new cruise collection Gucci Resort 2019. The show was held in an ancient cemetery: a burning podium, more than 100 images, rhinestones, thorns and feathers. Could not miss the mystical show Salma Hayek and others.

So, the main fan of Gucci appeared on the show in a trouser checkered suit with a pink trim that enveloped the forms of the actress. The celebrity supplemented her image with a pink purse with rhinestones. It is noteworthy that not everyone was delighted with the choice of Salma, calling the outfit of the star awkward.