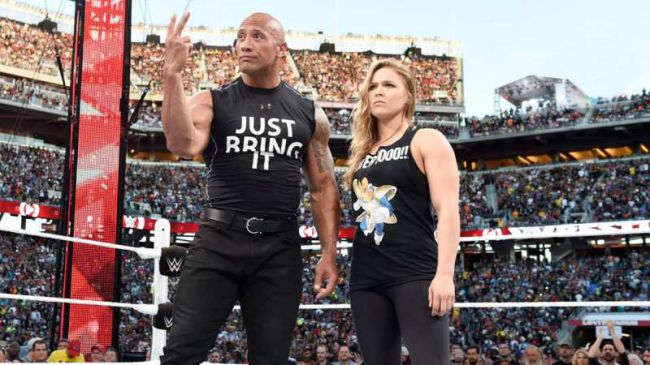 The transition of the former UFC star Ronda Rousey  to wrestling took place. Information that Ronda is preparing to leave MMA, appeared in the last year.

Negotiations with WWE representatives continued in recent months and eventually ended with the signing of the contract. "Now wrestling is my life and priority for the next few years. This is not a PR or one-time action. At the first meeting with Triple H (former fighter and head of WWE), I immediately said that I can go the other way and earn much more money, but I like the wrestling much more, "ESPN quoted Ronda.

Debut Rosie in wrestling can be held on April 8 during the show Wrestlemania 34 in New Orleans. Recall, earlier Ronda Rousey was the champion of the UFC in the bantamweight among women and dominated for several years with a record of 12-0. Her title, she lost on November 15, 2015 in a duel against Holly Holm. A year later, Rousey attempted to regain the title, but suffered a crushing defeat from Amanda Nunez, lasting only 48 seconds against the Brazilian. That fight for Ronda Rousey was the last in the UFC.