Priyanka Chopra took Nick Jones to the party in India 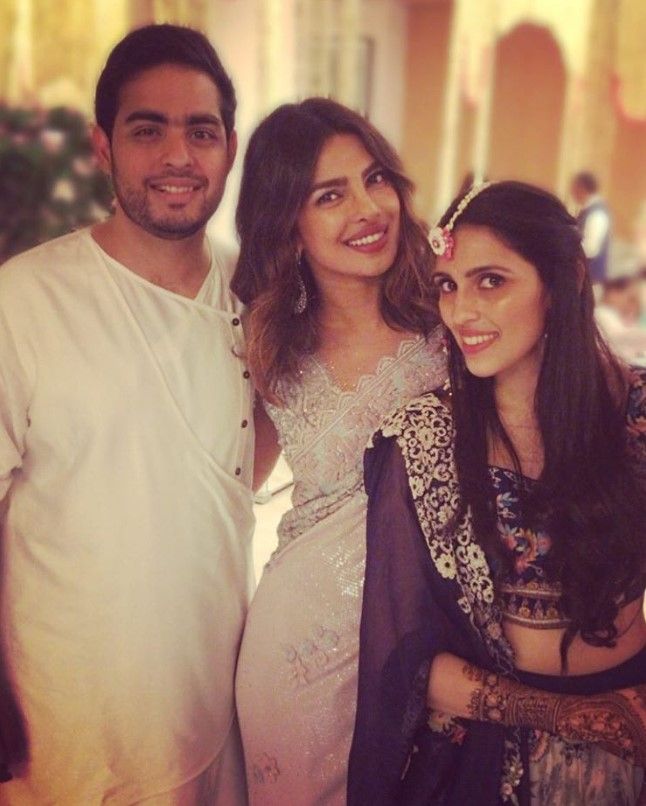 Actress Priyanka Chopra and her boyfriend Nick Jonas attended a feast in honor of the wedding of Indian billionaire son Mukesh Ambani.

It seems that Priyanka Chopra has everything serious with Nick Jonas. The actress even took the boyfriend with her to India, where there was a party in honor of the wedding of the son of local billionaire Mukesh Ambani. Paparazzi photographed a couple on holiday and distributed photos on the network.

Priyanka looked luxurious in a red sari with a shiny edging. Her already bright image was complemented by numerous ornaments. In make-up, the actress made an emphasis on the lips, using lipstick in the color of the outfit, and laid her hair lightly with a wave. Priyanka and Nick walked, holding hands, and looked happy. Insiders say that on the eve of this event, Nick met his beloved's family, and they spent a lovely weekend in Goa.

Let's remind, rumors about the novel of Priyanka Chopra and singer Nick Jonas, who is 10 years younger than her, appeared at the beginning of the month. Artists noticed on walks, baseball match, during a date on a yacht and dinner in a restaurant. Despite the numerous joint photos, the couple continues to hide the relationship.