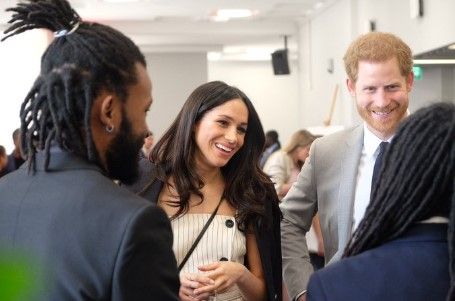 Prince Harry has come back to Africa, the place he calls his “2nd hime”.

The 33-year-old royal opened a school and a house in Pitseng (Lesotho) on behalf of the Sentebale charity he founded together with Prince Seeiso of Lesotho, his friend.

A local wrote “So humbled!” He continued saying that words cannot express the insurmountable joy that a brother is feeling. He also thanked the Prince.

The royal flew 1st class on a commercial flight to Joahannesburg 2 days after being together with Meghan Markle, his wife, on her Royal Ascot presentation alongside Queen Elizabeth.

36-year-old Meghan did not make the visit with Prince Harry on the low-key trip to Africa.

Prince Harry should also visit a board meeting of Aftica Parks.