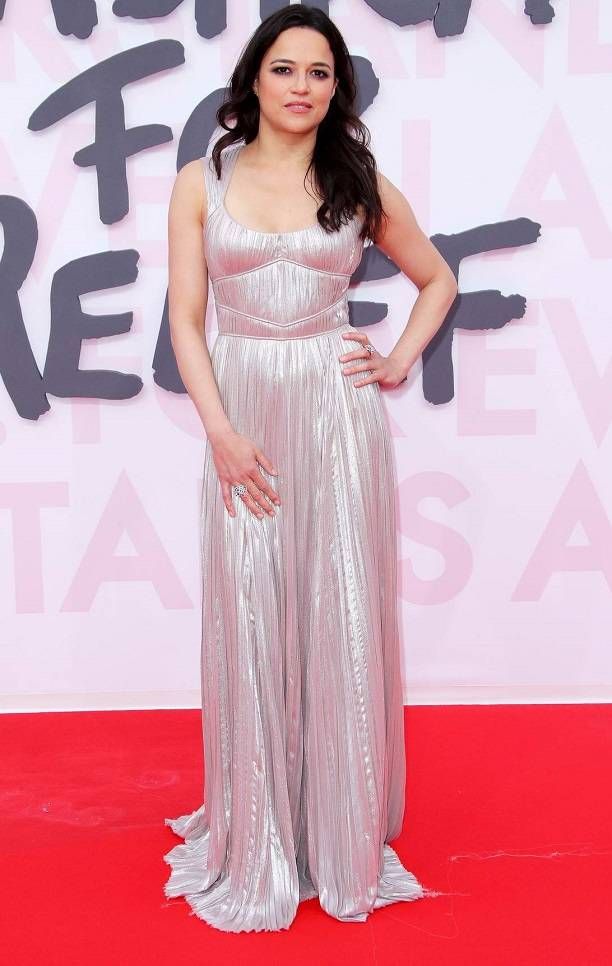 39-year-old actress Michelle Rodriguez forced to talk about her appearance at the fashion show Fashion For Relief in the framework of the 71st Cannes Film Festival of all malicious critics.

At first glance, everything is fine. But in fact the dress Michelle literally began to blossom from below, leaving behind a train of huge ugly threads.

Apparently, the bottom of the dress was processed rather poorly, or the outfit was cut off and not sewn at the last moment.