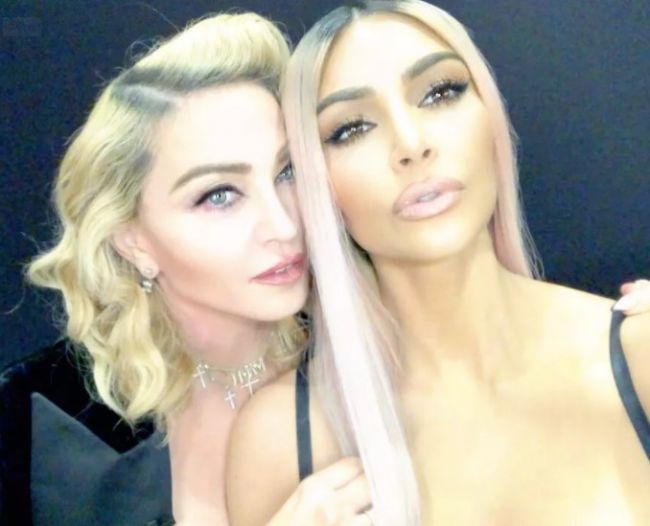 Internet users came to an unprecedented shock from the general picture of two famous outrageous stars.

Recently, many celebrities gathered at a party after the end of the famous Oscar. There the pop-queen of show business Madonna and the star of reality-project "Kardashian Family" Kim Kardashian met with each other. On her official page in the social network "Instagram" the performer also exhibited a pretty daring photograph. On it, Madonna poses in a leather body and cap, and Kim tries on a tight dress that emphasizes the figure. It was in perfect harmony with her pink hair.

Fans of two celebrities were very surprised to see such a shot. Some noted that the stars look good with each other, others were unpleasantly struck by the frankness of the images. This is a very brave trick, which was appreciated by fans of both stars. Many note that celebrities harmoniously complement each other, which makes the photo especially valuable.