Happy Together: Shia LaBeouf on a run with a new girlfriend 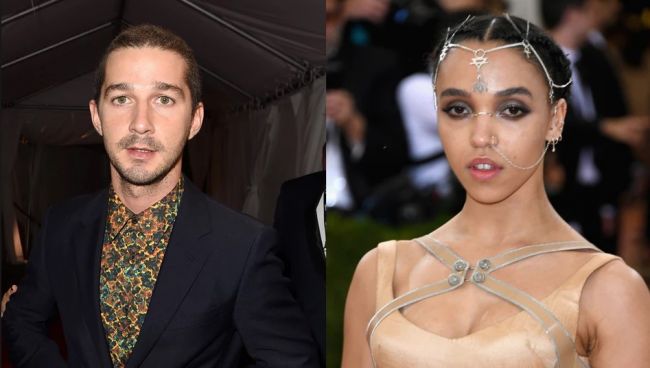 Only yesterday it became known that the star of "Transformers" Shia LaBeouf and his beloved Mia Goth decided to end the six-year relationship, as today there were photos of the actor in the company of a new lover.

Together with FKA twigs, he went on a morning run through London.

Shia LaBeouf and Mia Goth met in 2012 on the set of "Nymphomaniac" Lars von Trier, and four years later they swore allegiance to love and faithfulness at the wedding ceremony in Las Vegas. However, the wedding, which took place on October 10, 2016, was just a beautiful holiday - Shia and Mia did not become a husband and wife officially. A year ago, their relationship gave the first serious crack; the reason for this was the addition of LaBeouf to alcohol.

For the sake of his beloved actor managed to cope with the dependence and completely immersed himself in the work on the film on his own biography, the script for which Shia wrote himself. On the set of Shia and met with the former bride of Robert Pattinson, 30-year-old singer Talia Debrett Barnett, performing under the pseudonym FKA twigs. The actor looked incredibly happy. The couple spent time in light-hearted conversations and jokes.