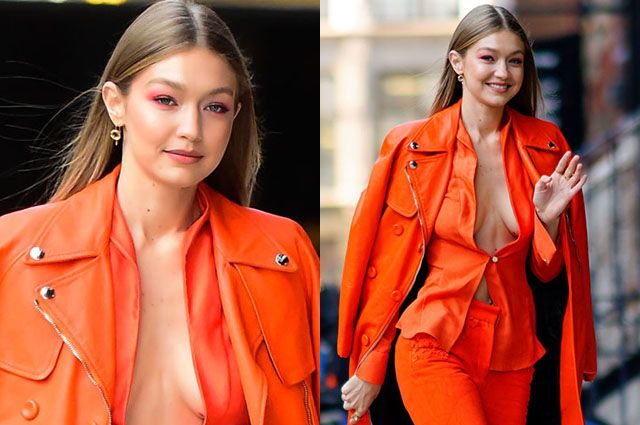 And this is not surprising, because the girl is one of the most popular and sought-after models of a new generation. On the eve Hadid didn't leave the residents of New York chances - Hadid walked on the streets of the city in a bright suit of rich carrot color.

Such an impressive image Gigi chose to appear at a single event, organized by Vogue magazine. Hadid wore flared trousers and a shirt from the Dutch brand Ronald van der Kemp and a Moschino leather coat.