Gigi Hadid hid her thinness with too big jeans 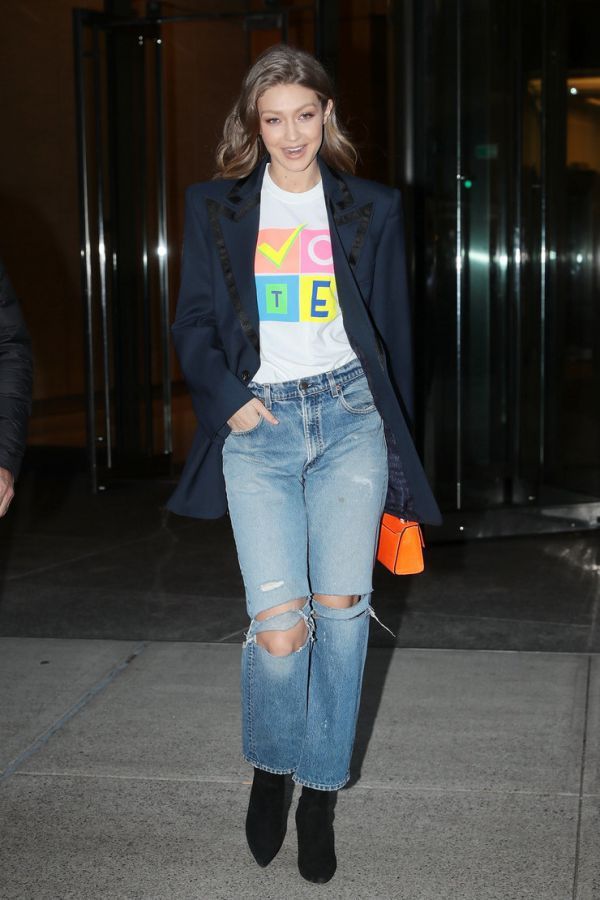 It's a fact that she is very skinny and during active workouts and diets, Gigi works to the end.

Hadid constantly reminds that she is fighting Hashimoto's disease - an autoimmune disease that affects the thyroid gland and doesn't allow it to recover to own former size, but it seems that the beautiful women are tired of commenting on their figure, and she decided to visually add weight to herself using baggy jeans with cuts.