Eva Longoria delighted the public with a noticeably thinner figure 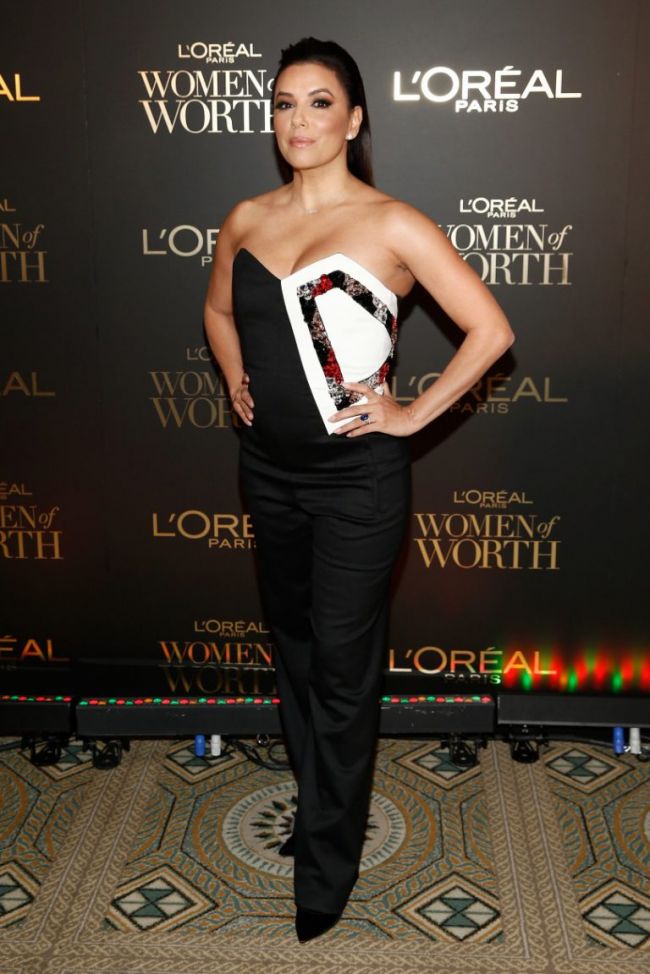 After the birth of the first child 5 months have passed, and gradually the actress returns to her former form. For example, having appeared at the L’Oréal Paris Women of a Worth awards ceremony, Eve has already shown noticeable changes. The actress came to the event in a black fitting jumpsuit with an open top, which emphasized her figure. And if in the abdomen there is still noticeable excess weight, then Eva's hands and legs are already as slim as before.

A celebrity has added her own image with a miniature pendant and rings. But Eva focused on makeup, choosing rather saturated shadows.