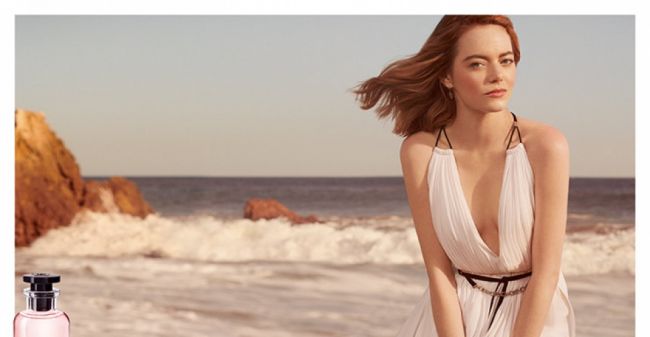 It became known that Emma Stone was chosen the last October by the new envoy of Louis Vuitton.

Now, after filming the pre-fall collection in the campanile, the star of La La Land, Birdman, The Favourite and New Spider-Man became the Ambassador's Attrape-Rêves - new items in the Les Parfums branding.

This fragrance will be the ninth perfume in the collection of Les Parfums Louis Vuitton, and it will include notes of patchouli, roses, peony, ginger, and bergamot. An advertising campaign can be seen right now, but a short film that will be released in support of the novelty will have to wait. So far it is known that its author will be directed by Sam Mendes.