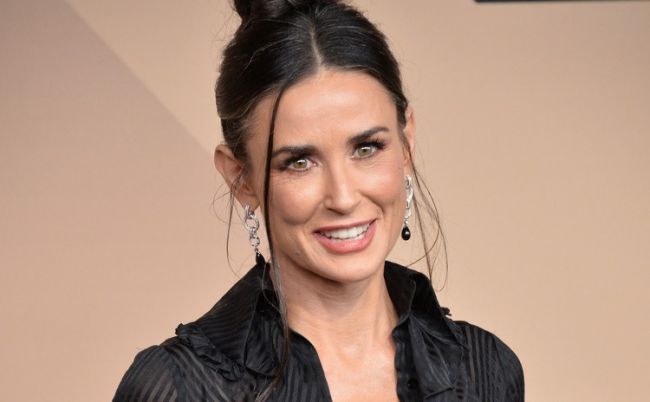 In the career of 55-year-old Demi Moore we see a pleasant revival.

The actress managed to achieve that in the new project she was given the role, intended Sharon Stone!

It's about the black comedy Corporate Animals, where Sharon had to play the main role - an ambitious lady heading a company that produces cutlery and knives.

According to the scenario, the heroine takes an apparently innocent decision - to arrange for her employees a corporate "outing" to nature, or rather to the caves near New Mexico, where for those who want to organize sports and entertainment games. However, this undertaking did not go quite the way it was planned. As a result of the accident, the whole company is trapped underground, and it seems that civilized people begin to behave like wild animals...