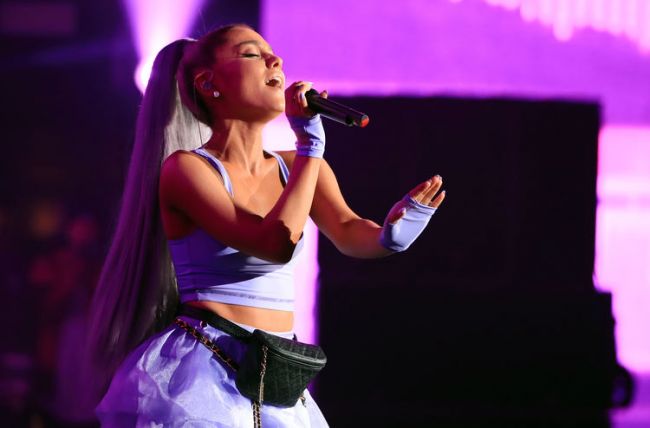 This Friday the 2nd week of Coachella has started. Ariana Grande began it onstage with her new single called “No Tears Left To Cry”.

The star wore a purple cropped top and a ruffle silk skirt. Ariana was all smiles while performing. She sang during Norwegian DJ Kygo’s set. The 24-year-old singer accessorized her outlook with knee-high boots, fishnet stockings, purple gloves and a black leather fanny pack.

The star’s platinum-blonde hair was pulled back in her famous ponytail.