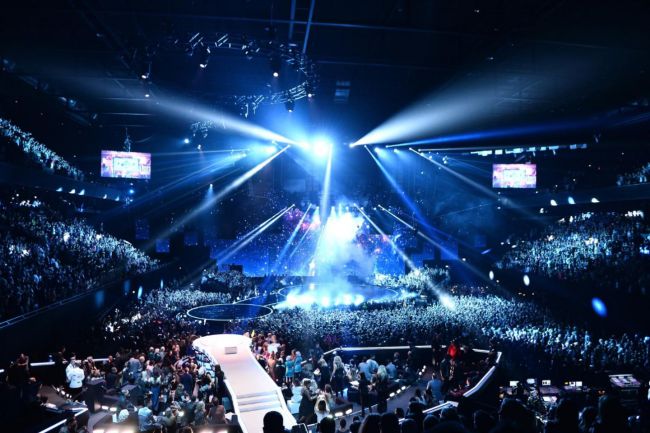 The lead show was the charming singer Rita Ora. In the sports and concert complex in Wembley, thousands of music lovers gathered.

Everyone will remember the excellent performance of Eminem, who for the tenth time was recognized as the best hip-hopper of the year. The rapper performed his hit Walk on Water, which was recorded along with Beyoncé. There were also Demi Lovato, Travis Scott and many others.

For example, the winner of the award was Sean Mendes, who received several figurines this evening. "Best Artist" - Sean Mendez.

"The Best Song" - There's Nothing Holdin 'Me Back, Sean Mendes

"The most stylish performer" - Zeyn Malik