Why Dwayne Johnson Will Not Run For President? 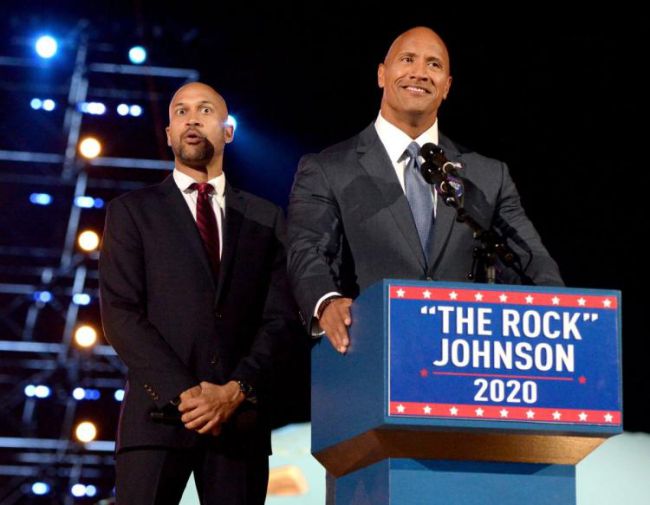 We found out that Dwayne Johnson will not be running for president in 2020.

While being on Graham Norton Show, the star stated he will not take part in the election. Graham Norton started to speak of the political speculation and the audience started cheering. Dwayne’s Jumanji: Welcome to the Jungle colleague Kevin Hart assured everybody that it is only a gossip.

Here is what happened next. Dwayne was quick to react that if he would be running the campaign, his problem would be Hart “sabotaging” it.