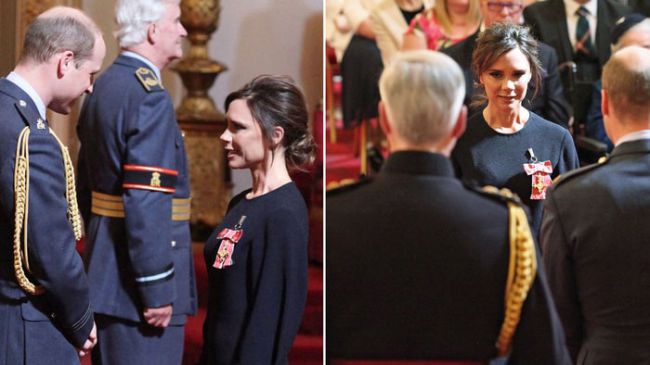 Victoria Beckham cracked a smile while receiving an OBE from Prince William for her services to the fashion industry on London this Wednesday.

The 43-year-old designer received the title of an Officer of the Most Excellent Order of the British Empire at Buckingham Palace. David Beckham, her husband, joined the star at the ceremony.

Victoria told that it was an absolute pleasure to be there. Victoria told that she is proud to be British. She feels very honoured to receive her award from Duke of Cambridge. According to the star, if one works hard and dreams big, then great things can be accomplished. Beckham was really happy to share the great occasion with David and her parents. She mentioned that without love and support of her closest ones, nothing would have been possible.