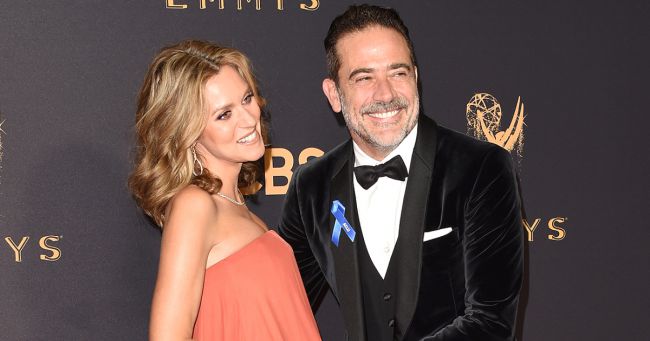 The couple started dating in 2009. For many celebrity colleagues, it was a surprise, because Jeffrey is older than Hilary for 16 years.

In early 2010, the actors announced the birth of the son of Augustus. According to information from E! News, Burton, a native of Virginia, reported her pregnancy to friends in August 2009, just after returning from New Mexico, where they spent the summer together with Morgan.

For eight years, the couple did not often appear together in public. They were seen only a few times.

As popsugar.com writes, Morgan and Burton decided to please their fans with a joint secular option at the annual Golden Globe 2017 award ceremony.

There the paparazzi and saw on the ring finger of the left hand of the actress an engagement ring with a large diamond.

However, Hollywood stars have not yet commented on this news.

Recall, previously it became known that Kirsten Dunst engaged to a colleague on the series Fargo.