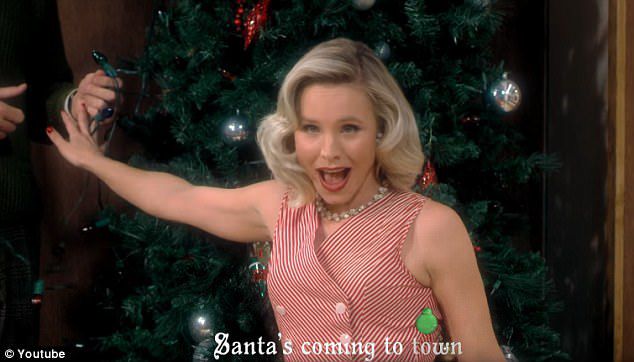 Australian singer Sia released a video for the song "Santa's Coming for Us" from her new Christmas album "Every day Is Christmas".

The clip was shot in a retro style - America is shown in the 50s of the last century, and the main role in it was performed by Kristen Bell. The video showed how the morning of an ordinary family is Christmas. The main message of the video is to feel nostalgic, remember the loved ones and believe in Santa. The eighth studio album, Sia, is dedicated to the Christmas theme.

His release took place on November 17, and in addition to "Santa's Coming for Us" it included nine more tracks. Australian performer Siya Kate Isobelle Furler (Sia Kate Isobelle Furler) or simply Sia in the music arena presented her new studio album "Every day Is Christmas", entirely dedicated to the Christmas theme.

All of them are written by the singer herself in co-authorship with producer Greg Kerstin. Today, the first of the ten compositions grew in visual forms, more like one of the Hollywood Christmas stories full of fun, a happy family flocking to celebration in a large, decorated mansion somewhere in snow-covered Minnesota. The main characters of the mini-movie were real movie stars in the genre of family comedy.