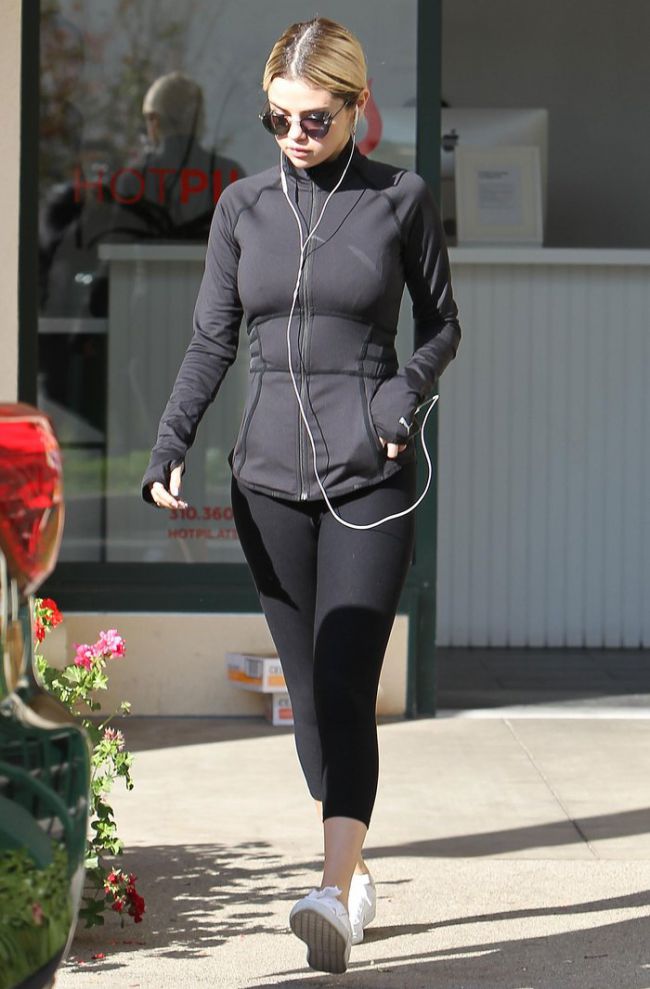 After the news that Mandy Teefey has been hospitalized, Selena Gomez was spotted working out in LA.

The 25-year-old singer was seen at Hot Pilates. The star was dressed in all-black exercise ensemble. Her eyes were covered with sunshades.

Mandy, her mother, was voluntarily checked out by medical personnel last week. According to a report, she was admitted due to an argument about Selena’s reconciliation with Justin Bieber.

As the source tells, Mandy has had a stressful time. She decided to go to the hospital by herself. So, this should not be all just about Bieber, even though the star’s family does not approve the singer.