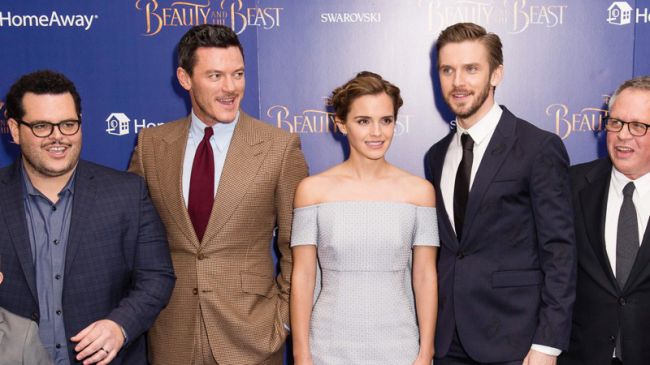 Emma Watson does not stop her fairytale fashion parade. See her bold looks!

Watson appeared at the LA debut of Beauty and the Beast in a sleek strapless jumpsuit straight off the runway from Oscar de la Renta’s 2017 autumn collection.

The 26-year-old actress has already been spotted in Oscar de la Renta Fall garment at the 1st screening of the film. It was held in Paris in the end of last month.

Moreover, Celine Dion appeared on the red carpet in a blue ensemble from Christian Siriano. She sings the brand new song for the remake.