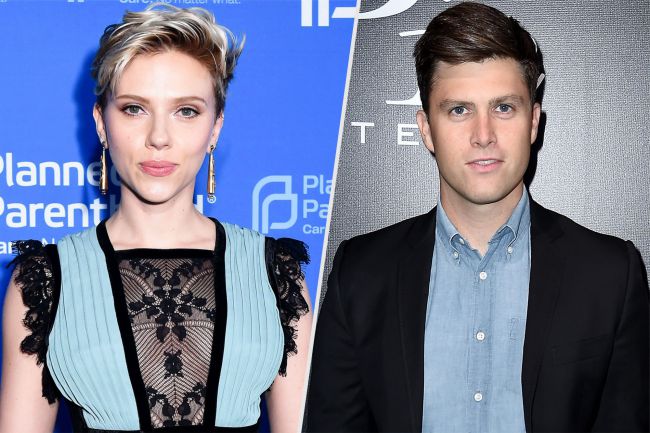 Relations between Scarlett Johansson and Colin Jost have reached a new level. Now, lovers not only appear in public together, but also are removed in some projects.

So, the couple took part in the filming of the New Year's release of the show Saturday Night Live.

In the first episode, Scarlett Johansson appeared in the image of Ivanka Trump. Together with Alec Baldwin, who played Donald Trump, the actress showed a small parody of the family of the US president. The show ended on the ice rink, where all the stars, led by Kevin Hart, came out. Scarlett and Colin did not move away from each other and were spinning on the ice, holding hands.

Recall, about the novel Johansson and the host show Saturday Night Live Colin Jost began talking in May. His love affair was carefully concealed, although they were often seen in public. In September, Colin broke the silence, which in a conversation with journalists shared his feelings towards the actress. There are rumors that Johansson has already introduced the boyfriend to her parents, and he is with her. Now the fans are waiting for the couple to announce the engagement.