Ryan Gosling's Reaction To A Video From His Childhood 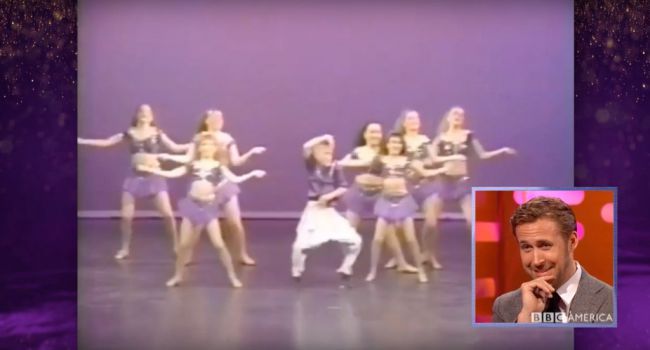 Ryan Gosling showed off his adorable dance moves in La La Land. Many people know that he has been a dance master since his childhood.

Now Ryan is 36. The Graham Norton Show put the actor into an awkward situation. An old video of him performing was screen during the show. His colleague Emma Stone, Live by Night celebs Sienna Miller and Ben Affleck were also present.

In the clip, Gosling dances to a remix of Touch Me (All Night Long) by Cathy Dennis', a hit from 1990. Later on the star parodied the dance on SNL. The clip went viral and, definitely, everybody has to see it!