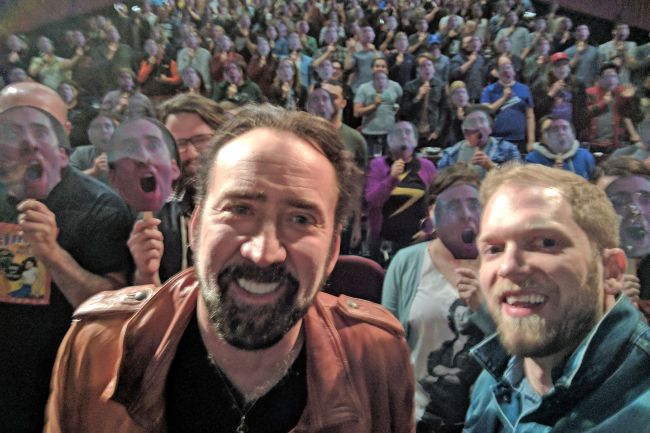 Greg MacLennan, an Alamo Drafthouse film programmer, has paid tribute to Nicolas Cage. He did it in the form of CAGED.

That is a marathon of movies featuring the actor. He hoped that the Oscar holder would attend. Nicolas did turn up at the 4th yearly event held in Austin (Texas).

The star chose 5 films being shown at C4GED by himself. The range included Bringing Out the Dead and Lord of War. The actor also recited Poe’s “The Tell-Tale Heart” by Edgar Allan Poe.

MacLennan confessed that the day was the greatest one in his whole life and apologized to his yet unborn future child.