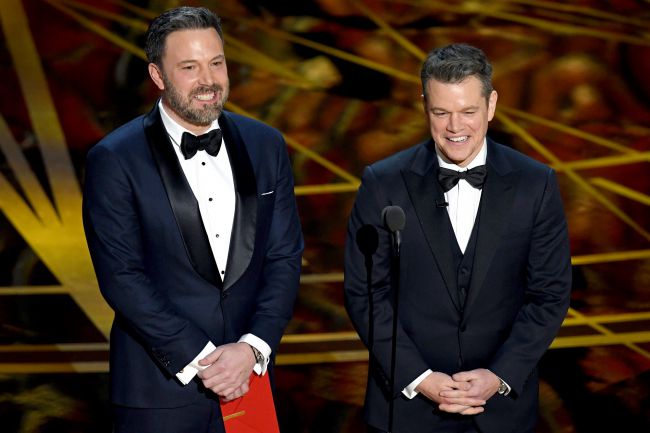 Ben Affleck and Matt Damon are long-time pals. The actors reunited onstage at the Academy Awards ceremony this Sunday. We remind you that almost 20 years ago the film called Good Will Hunting brought them the award for Best Original Screenplay.

The two came out and presented the award for the same nomination.

46-year-old Matt is a producer of Manchester by the Sea. This film was nominated for Best Picture. Ben was also there to support his brother Casey Affleck.

The two actors threw in back to their film not long ago. By the way, the footage also featured Best Supporting Actor award for Robin Williams.