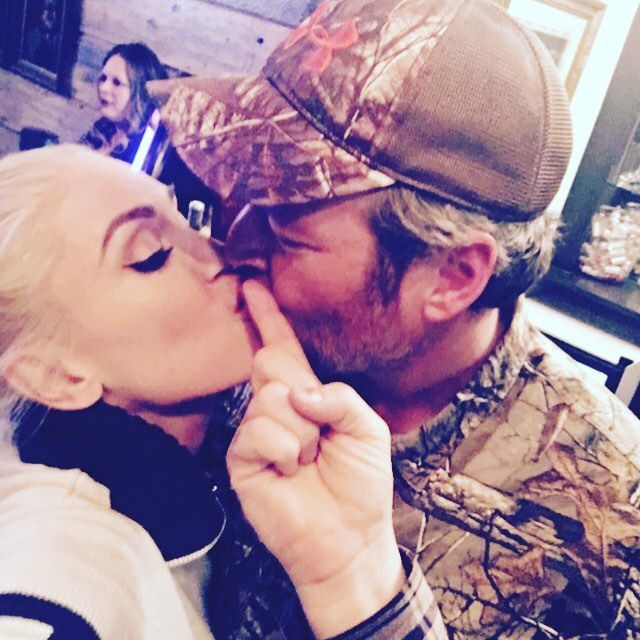 Gwen Stefani and Blake Shelton spark the fire in one another’s eyes only by sitting across the table from each other.

The two were caught during a dinner at a romantic hotspot located in Los Angeles. The place is called Cecconi’s. Shelton was wearing a black button down shirt while Gwen wore a sleeveless re T-shirt. A red bra could be seen under it. She chose wine while he had some martini.

According to an eyewitness, the couple looked “lovey-dovey”. Blake and Gwen were very polite with others. When people came up to their table they were quite cordial and even a glass spilt on their table could not spoil the time they had.