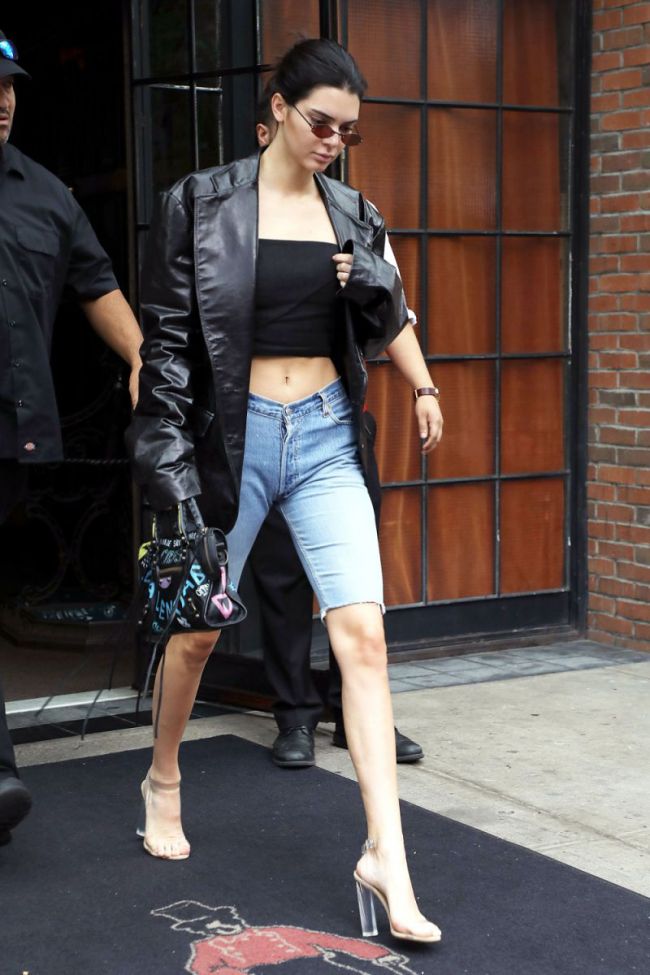 All in the family! Kendall Jenner might be a supermodel, but that doesn’t mean she’s immune to snagging styling secrets from her older sister (stars — they’re just like Us).

The 22-year-old model left one of the final shows of New York Fashion Week on Wednesday, September 13, rocking an outfit that could only be described as an homage to her sister’s style: biker shorts with a leather blazer!

So how did Jenner pull off her Kim K. mashup? The foundation of her look was a pair of denim biker shorts that she rocked with aplomb. The Adidas model wore her fitted pedal-pushers with a black bandeau top (another Kim K. classic) and topped the look with an oversized leather blazer — a styling secret that her sister relied on throughout her NYFW appearances.

To finish the look, Jenner rocked a pair of translucent sandals (another fashion staple Kardashian has had quite the penchant for every since they appeared in hubby, Kanye West's, Yeezy Collection), with a graphic Balenciaga bag.

But Kendall isn't the only member of the clan that's copying Kim this week. Momager, Kris Jenner, has also been rocking looks inspired by KKW — namely leather blazers — throughout NYFW.