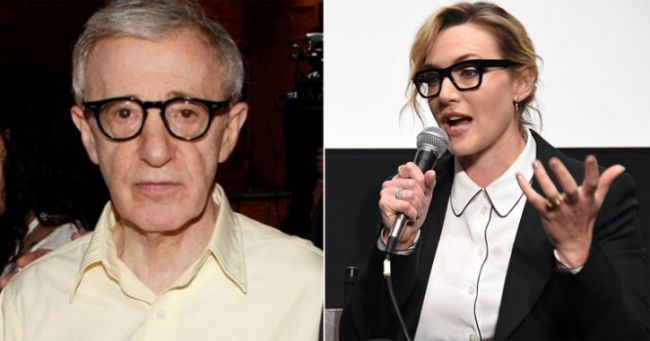 Kate Winslet did not want to answer questions about the past of Woody Allen.

The star plays in Woody’s film called Wonder Wheel and at the time of discussion with Variety Kate was asked about allegations of misconduct that was made against the director and if they could influence Kate’s decision to do the film.

The actress told it was a difficult discussion. Therefore she decided rather not to enter it that day.

In September Kate was criticized because she told she had “an extraordinary working experience” with Roman Polanski and Allen. After that the star told she does not read how others respond to things. Actors are always the ones to say the wrong thing,, so she chooses stepping away from the discussion.