Jennifer Lopez shared a seductive photo with her lover 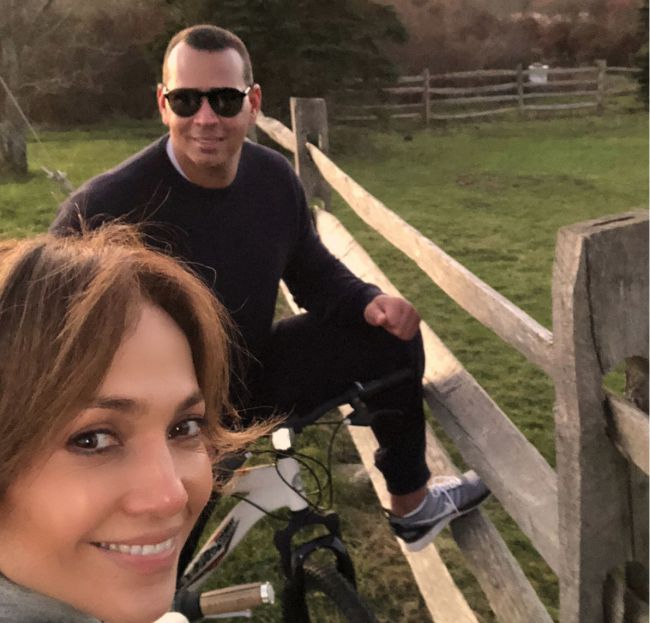 The singer also congratulated everyone on the past Thanksgiving. Recently in the United States was a big holiday - Thanksgiving. Many American celebrities shared in social networks the way they celebrate this holiday.

The famous American singer and actress Jennifer Lopez was no exception. In her Instagram, the 48-year-old celebrity has published a photo on which she shows off a seductive neckline. Next to Jay Lo in the photo is her lover, a 42-year-old American baseball player of Dominican origin, Alex Rodriguez. "So we spent a weekend on Thanksgiving ... so thank you all! Good night," Jennifer signed.

The couple began dating in March 2017. In September of this year it became known that Lopez and her lover decided to live together.

According to insiders, Jennifer Lopez and her new lover will be married in the spring of 2018.Previously, the couple starred for the cover of Vanity Fair, on which Lopez poses in a dress from Ralph Lauren.