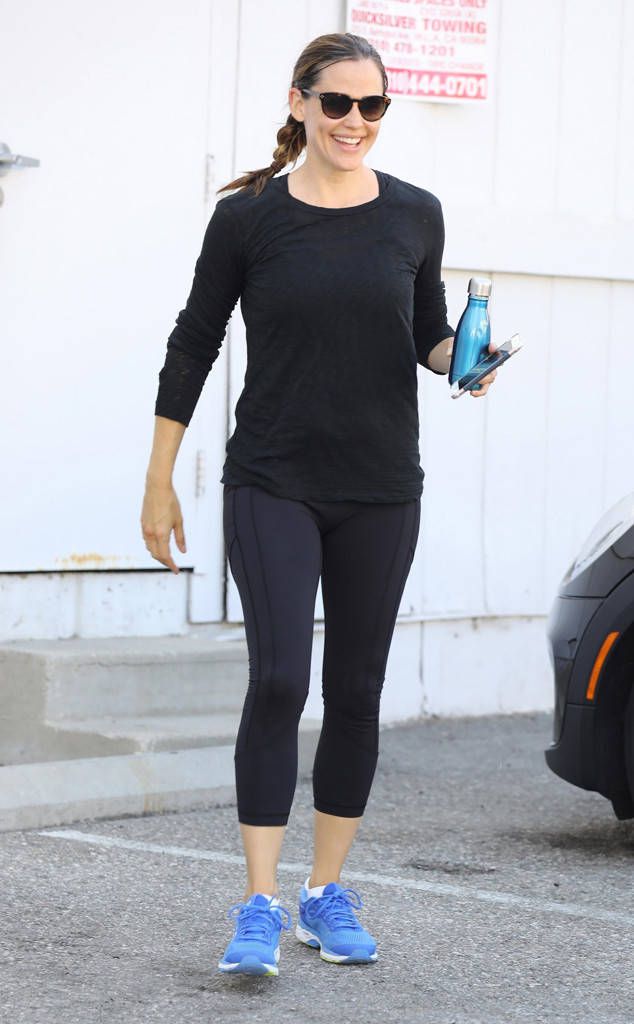 Jennifer Garner showed her gorgeous smile while stepping out for a workout in LA.

The star was in a long black T-shirt and cropped leggings. Here were blue sneakers on her feet. Jennifer had a blue water bottle in her hands.

We found out that Ben Affleck, Garner’s former love, is dating Lindsay Shookus, a producer at Saturday Night Live. The couple was snapped together near an LA restaurant.

Jennifer and Ben parted 2 years ago. They have been married for 10 years. This spring Affleck filed for divorce officially. Meanwhile the two are co-parenting their 3 kids.

According to a source, Ben and Lindsay were friends until their relationship became a romantic one.

Shookus has a daughter from her ex.