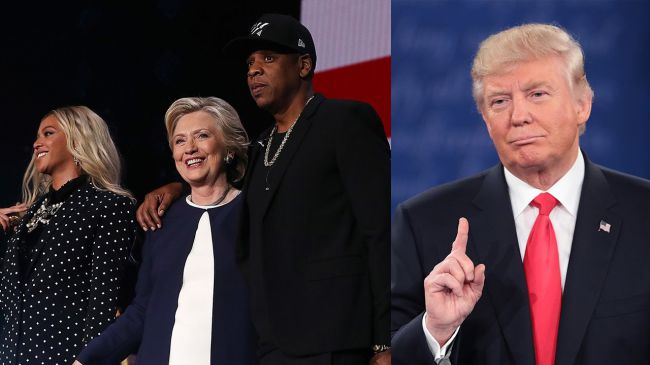 Jay-Z was asked to describe what it is like to bring up a young black family in the U.S. in 2017. This happened during a sit-down Q&A with TIDAL’s Rap Radar podcast.

The father of three addressed Donald Trump in his answer.

The rapper believes that everything that happens in life is for the greatest good. He is sure that everything happens if people are able to handle it. Jay-Z is curious to see what will come next. He believes when things are darkest, light is to come next. He is not fearful. He knows that the culture of black people has been through so much more in comparison with the President.

The star told he is looking at Trump as at a joke “with all disrespect”.

Jay-Z assures he does not care about the politic, but does care about people. He considers Donald not to be a sophisticated person.