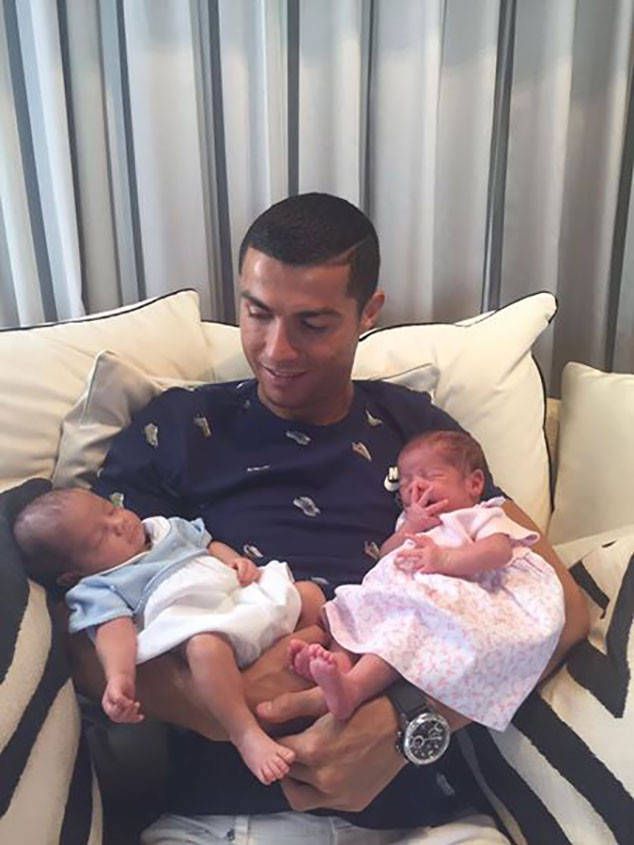 Cristiano Ronaldo is a dad once more! Congratulations!

The sportsman has become a dad to twins! The soccer player took on the Web with a snap of his babies. He was truly glad to hold new loves of his life, as he described his kids.

The tiny newborns looked really cute in blue and pink ensembles as they were sleeping in Cristiano’s arms. The kids were named Mateo and Eva.

The sportsman became father for the 1st time in 2010. The mother of the child chose to be unrevealed. Ronaldo’s son was also named Christiano.