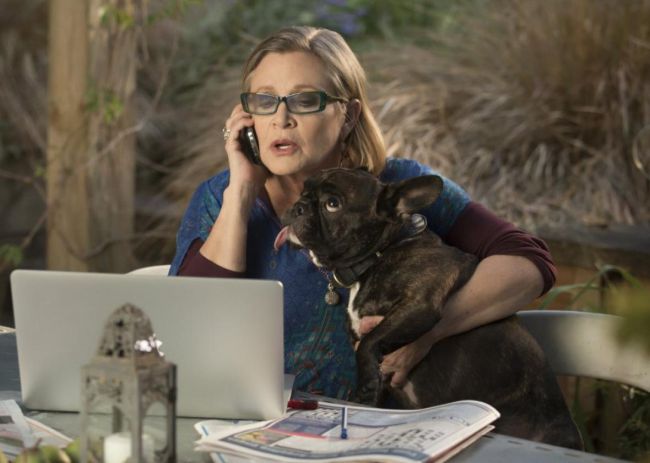 Carrie Fisher has got a posthumous Emmy nomination for her input into the Amazon romantic comedy series called Catastrophe.

The star died at the age of 60 having suffered a heart attack. This happened in December. She is nominated in the Outstanding Guest Actress in a Comedy Series category for her last television role as Mia (the mother of Rob Delaney). We remind you that the star was nominated 2 times before that at the Emmys. Back in 2008 she was nominated for her guest actress turn on 30 Rock and back in 2011 for her comedy special called Wishful Drinking.

When Carry died, it happened so that the next day her mother, Debbie Reynolds also died.

The star was the subject of Bright Lights that got 2 Emmy nominations. Those were for Outstanding Directing for a Nonfiction Program and for Exceptional Merit in Documentary Filmmaking.